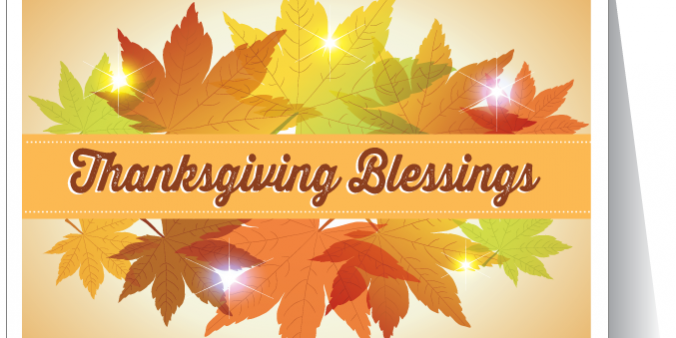 Thankfulness.  Can you think of times when you’ve felt the deepest sense of being thankful?  It usually isn’t about a house so much as it’s about feeling thankful our partner and our children are all safe under this roof.  A feeling every parent knows when a child grows up and goes out on their own, and we wish we could still see them sleeping safely as we turn off the lights and shut things down.  It isn’t about money.  Anyone who has endured financial crisis and not known where on earth the money will come from for groceries, let alone holding off the debtors … knows that life can come down to wanting nothing more than to put food on the table and not let your kids see what it took to get it there.

Thankfulness isn’t usually about a big accomplishment, as often as it’s about being worried about a friend’s cancer, or depression, or loss … standing by that friend for as long as it takes.   Then realizing that you would give anything to fix what’s wrong, and feel thankful just to have that person close to you.  And the other side of that … when we are that person who knows someone feels that way about us … thankfulness for friendship, for not journeying alone.

Thankfulness is sometimes felt powerfully during Thanksgiving weekend too.  And as delicious as a butterball turkey dripping in gravy, wrapped in bacon, sitting in a bed of almond and spinach dressing, veggies steaming and conversation flowing … as awesome as that all is, it’s not what most of us feel thankful for is it?  For many, many people that is not the thanksgiving scene anyway!  Certainly not in the places tens of thousands of people in India find themselves in the wake of the year’s monsoons, or on the islands hit by successions of hurricanes at category five.  Or for that matter, the many extra people who will find their thanksgiving dinner choices in whatever the food bank has worked so hard to find.

For all of us, thankfulness must be about things simple enough that we are all connected by it.  This year I’m thankful for love, for people responding to each other with compassion, for every human being involved in taking care of another human being.  Whether it be the victim of an earthquake in Mexico or friend who needs to know we won’t leave them.  Thankful for every person, still here or gone before us, who has ever felt that a roof over our heads, or food on the table, mattered more than anything else.  For every person I’ve cared for, worried over, celebrated with … just so thankful for the moments with that person.

I’m also deeply thankful for St. Andrews.  Just because it’s a place where we remember things like this.  Things that keep us grounded.  A place that keeps us connected.

Whatever thankfulness you feel, let’s be together sharing it as we need to, or just quietly sharing it with God, on Thanksgiving Sunday.  It’s good to have one whole day just to give thanks.